C.R. Onsrud says the wood industry stood up and took notice when the Visionary Awards were handed out at the 2017 AWFS Fair show last month. C.R. Onsrud claimed the Industry 4.0 category win with Osync Machine Analytics 2.0, an open-architecture software that gathers operational data from machines in the field.

2017 marked the first time an award was given away in this category, and the C.R. Onsrud development team says it is proud to have this achievement recognized by the whole industry. 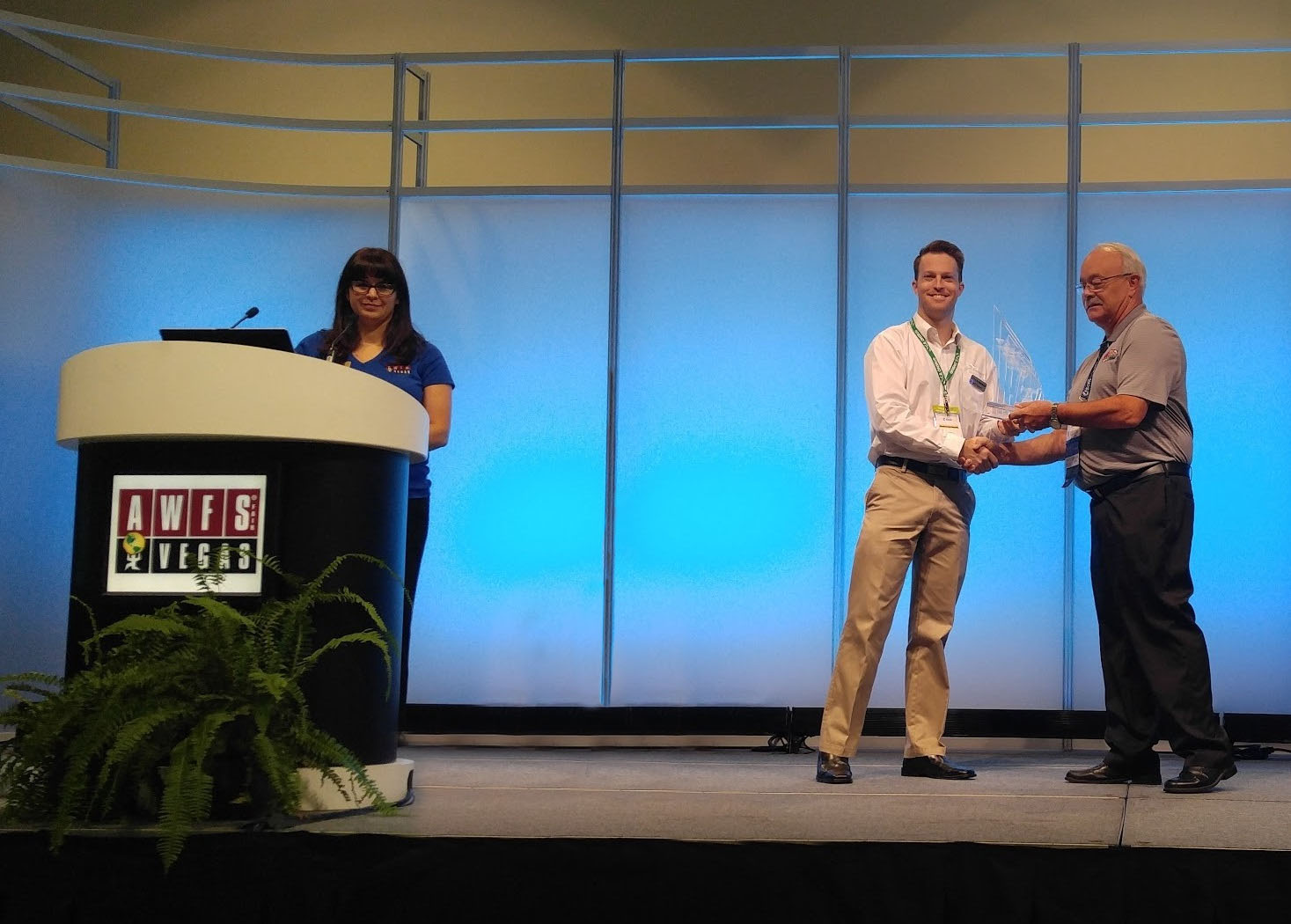 “It justifies the hard work and foresight everyone has brought to this project” stated Rich Guerin, head of the company’s control and interface department. “When we first released Osync version 1.0 at IWF in 2016, it was a robust tool which would bring a great deal of value to our CNC customers - now we’ve expanded the capabilities significantly... and will continue to do so.”

The company went through beta-testing with several key customers before the initial release to the public, and Version 2.0 takes this software to a new level. Production managers now have a customizable interface providing both real-time and archived data about machine stability and performance. It’s smart-technology managing big-data to streamline and improve the manufacturing process.

“Osync Machine Analytics is not simply a monitoring software – we’re collecting machine performance data and using complex algorithms to offer predictive analytics,” stated Jeff Onsrud, who played the key development role in the technology. Jeff Onsrud's development role on Osync was cited in his win of the 2017 Wood Industry 40 Under 40 Award at AWFS Fair on July 18.

“There are several other companies working to introduce their own monitoring programs, but most are still conceptual and limited to basic monitoring features at this point, Osync has been functional for over two years, and takes it to the next level with our predictive analytics.”

During AWFS, the open-architecture platform monitored the machinery in the Onsrud booth – as well as the machinery of new strategic partner, the IMA Schelling Group. The third partner in this alliance, Eurosoft, integrates Osync into workflow software so end-users realize even greater functionality in terms of predictive capabilities.

The three companies - known for their innovation and high-performance products - have formed the Alliance for Integrated Systems (A4IS), and are excited about the collaboration already being realized through this alliance and believe manufacturing facilities will benefit greatly from the valuable information the award-winning Osync 2.0 extracts from the complete work-cell solutions they are configuring.

We use cookies on our website to give you the most relevant experience by remembering your preferences and repeat visits. By clicking “Accept”, you consent to the use of ALL the cookies.
Cookie settingsACCEPTREJECT
Manage consent

This website uses cookies to improve your experience while you navigate through the website. Out of these, the cookies that are categorized as necessary are stored on your browser as they are essential for the working of basic functionalities of the website. We also use third-party cookies that help us analyze and understand how you use this website. These cookies will be stored in your browser only with your consent. You also have the option to opt-out of these cookies. But opting out of some of these cookies may affect your browsing experience.
Necessary Always Enabled
Necessary cookies are absolutely essential for the website to function properly. These cookies ensure basic functionalities and security features of the website, anonymously.
Functional
Functional cookies help to perform certain functionalities like sharing the content of the website on social media platforms, collect feedbacks, and other third-party features.
Performance
Performance cookies are used to understand and analyze the key performance indexes of the website which helps in delivering a better user experience for the visitors.
Analytics
Analytical cookies are used to understand how visitors interact with the website. These cookies help provide information on metrics the number of visitors, bounce rate, traffic source, etc.
Advertisement
Advertisement cookies are used to provide visitors with relevant ads and marketing campaigns. These cookies track visitors across websites and collect information to provide customized ads.
Others
Other uncategorized cookies are those that are being analyzed and have not been classified into a category as yet.
SAVE & ACCEPT